I was commissioned to write an article about Bronte Country in West Yorkshire, a location named after the famous Bronte sisters, who once lived here. Their famous works include the novels Wuthering Heights and Jayne Eyre, the town of Haworth, as well as the surrounding countryside will forever be linked to this family.

The other key attraction here is the Keighley and Worth Valley Railway, a restored steam railway, which makes a wonderful way to travel around the area. The railway also has famous connections and was used as a location for the film The Railway Children.

Like going back in time, I almost felt like I should be shooting this feature with an old wet plate camera. But modern technology aside, its a lovely part of the world and was a joy to capture with modern pixels.

The Keighley and Worth Valley Railway arriving at Oakworth

Oakworth Station was used as a location in the film The Railway Children. 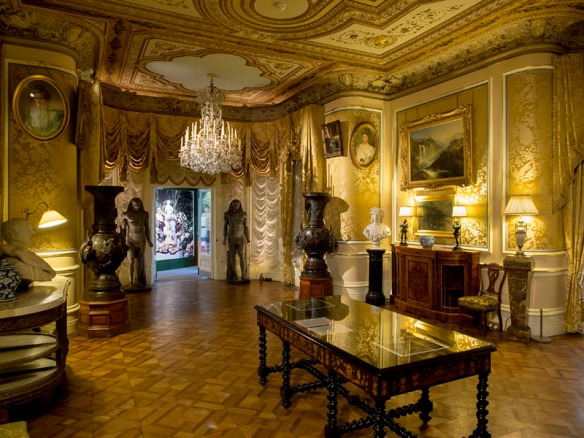 One of the lavishly decorated rooms inside the Cliffe Castle Museum.